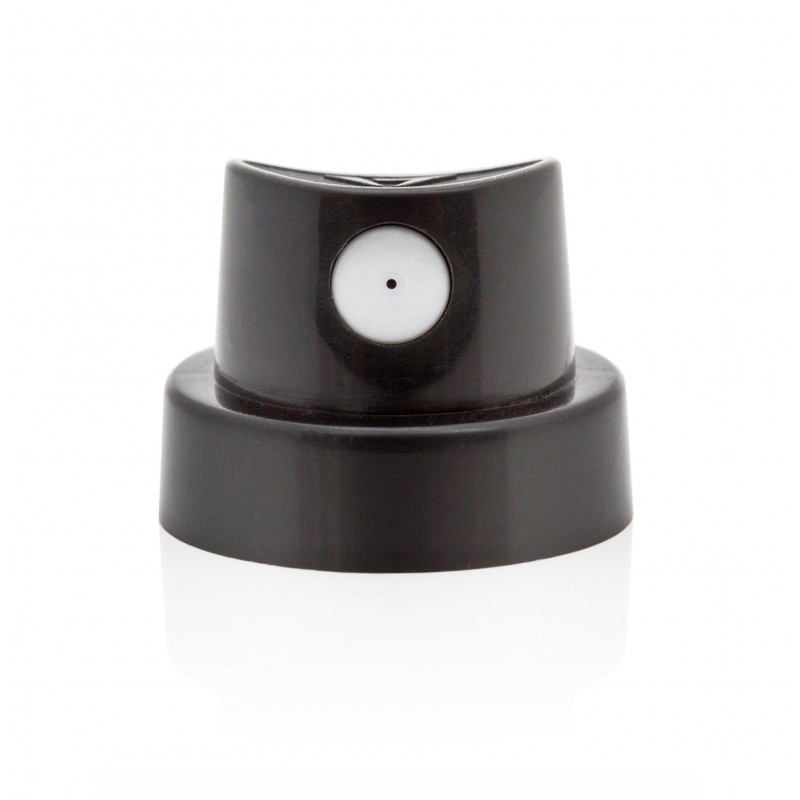 In a world before "made for artists" spray cans, in Europe the STANDARD CAP was just that. The standard cap that nearly all European manufacturers produced their cans with. Also know in the region as "The O Cap", or the "Original Cap", the STANDARD CAP has the hard, classically scruffy spray line that is similar to the aesthetic most people connect with the old standard American caps that were often used in early New York Subway graffiti. With an average spray width of 1.2cm, the STANDARD CAP is relatively versatile for specific effect creation, furry line work or simply spraying objects. With a warm haze of paint over spray that surrounds the line it creates, the STANDARD CAP is loved not only by graffiti artists, it is also a favourite of urban artists, street artists, fine artists and anyone who simply wants to apply paint to an object. You should definetely try it to get a feeling how Graffiti was done centurys ago!!! Fitting on all female valve cans.

Overview and comparison of all Montana caps.

Save products on your wishlist to buy them later or share with your friends.

No account? Create one here
Product added to wishlist